Lisa Hunt and the Ghosts and Spirits Tarot 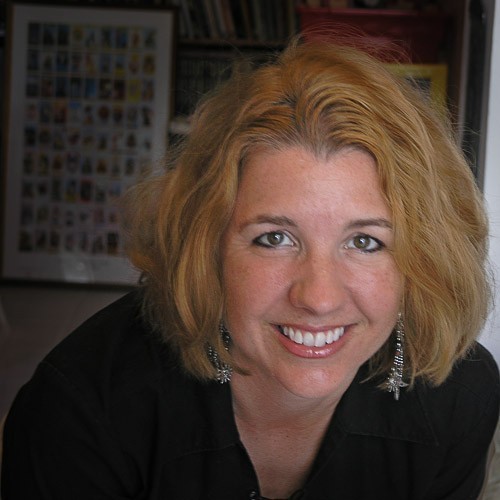 Lisa Hunt, artist and author of the Ghosts and Spirits Tarot, took some time out of her busy schedule to indulge us in an interview. Lisa is an internationally known tarot artist whose work includes many bestselling decks including Fantastical Creatures Tarot (US Games 2007) She was nominated for a 2008 Chesley Award and voted a top-10 tarot deck for 2007 by Aeclectic Tarot as well as a 2006 COVR Visionary Award.

USGAMES: Who or what first interested you in the Tarot or in Oracle cards?

Lisa: I feel as though I've always known about Rider-Waite and the iconic cards that have defined tarot for generations. But it wasn't until I dove deep into mythological studies and Jungian psychology that I began to identify the relevance of symbolism, archetypes, and universal themes as it pertained to tarot. When I was given the opportunity to create art for my first deck, Shapeshifter Tarot, I was naive to say the least and saw it as an organic extension for my burgeoning exploratory art. Little did I know that it was the beginning of a long journey through mysterious terrain that became deeper and more profound with each subsequent tarot deck creation. You can track the stylistic changes that reflect personal growth by looking at my tarot decks in the order of publication. Not only has it served as a personal apparatus for trying to understand the psyche and the depth of core meanings, but it has provided a tremendous multidisciplined education that keeps on giving.

USGAMES: What is your favorite card in the deck? 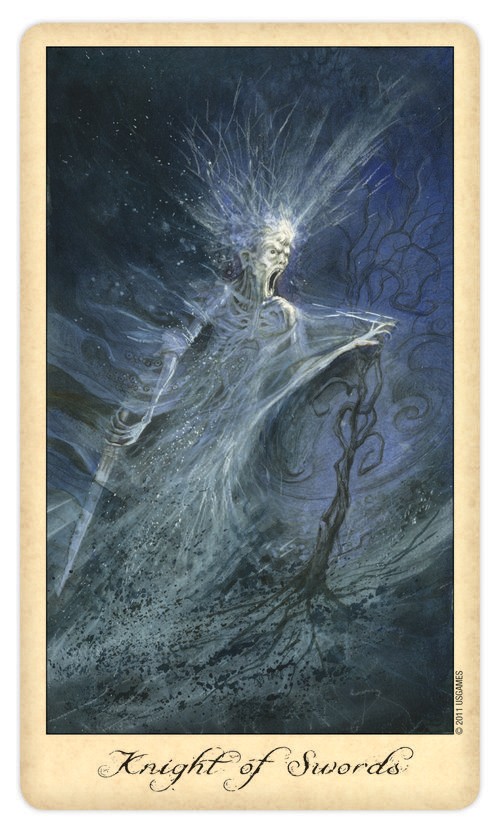 Lisa: (This is the most difficult question of the interview as every single piece holds a special place in the Ghost and Spirits tarot gallery, so to speak) I tend to gravitate to those images that are not obvious, but are suggestive and provocative. I love Ekimmu as Knight of Swords with its sweeping, subtle, lugubrious presence. It almost seems as though Ekimmu itself is tearing through the veils separating the worlds of the living and the dead; opening up passageways between the different layers of the psyche and begging us to question what is real and what is an illusion. In some ways, this card encapsulates the creative process of the deck.

I also love the Psychopompos Ankou as King of Pentacles, the tortured countenance of La Lorona as Nine of Swords (Nine of Swords has always been a compelling card for me), the entangled labyrinthine trail of