Barbara Walker Tarot in a Tin

Back by Popular Demand

Barbara Walker Tarot reflects a unique feminist perspective of tarot with religious and pagan symbols from around the world.  The Court Cards depict mythological gods and goddesses. The dominant colors of the deck and the card back design are red, black and white because they are “recognized everywhere as the colors of the original feminine Trinity (Triangle) representing her three phases of Virgin, Mother and Crone.” Includes 78 pocket-sized cards with keywords in English, and a 48-page booklet. 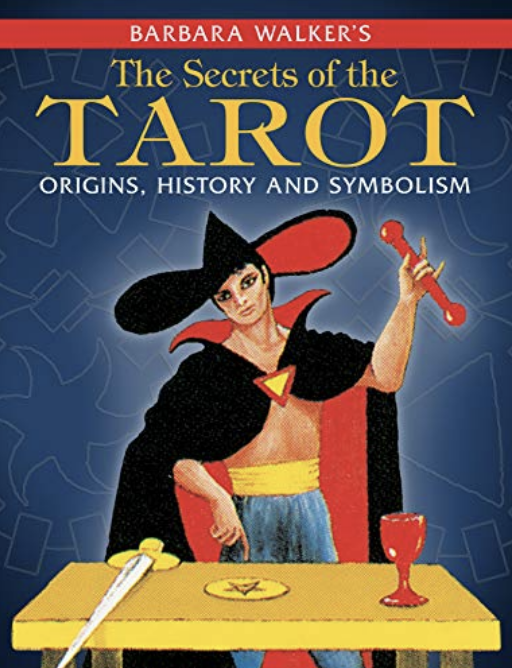 A more comprehensive guidebook of Barbara Walker Tarot is now available as e-book with full color images on Amazon and iTunes!

Barbara G. Walker is researcher, lecturer, and author of 24 books and numerous articles on comparative religion, history, mythology, symbolism, mineral lore, Tarot, the I Ching, a collection of original Feminist Fairy Tales, an autobiography, a novel, and two essay collections: Man Made God and Belief and Unbelief.  Her Woman's Encyclopedia of Myths and Secrets has been continuously in print since 1983 and was named Book of the Year by the London Times.  She has received the Humanist Heroine of the Year award from the American Humanist Association, the Women Making Herstory award from New Jersey NOW, and the Olympia Brown award from the Unitarian Universalist Association

What Customers Are Saying About Barbara Walker Tarot in a Tin

The Major and Minor Arcana are fully illustrated with rich, colorful designs that were hand painted by Barbara Walker. They are finely detailed and realistic. Some of the figures are partially or completely unclothed. For those who are sensitive to this, there is nothing lewd or gratuitous about these depictions. The suits are Cups, Wands (which are actual wands, not tree branches), Pentacles (which are actual pentacles, not discs or coins) and Swords. Each card is named and the Major Arcana is also numbered. The meaning of each Minor Arcana card is distilled into one key word that is printed above the picture, while its individual designation is printed below.

Barbara Walker's interpretations are rooted in Tantric philosophy; and the pictures illustrate religious ideas from India, through the Middle East and into Europe, as she believes the Tarot cards themselves evolved. There are no images representing African (other than Egyptian), East Asian, Pan-Pacific or Native American cultures. Ms. Walker does not incorporate orthodox Christian beliefs. She explains in her book how the church co-opted many pagan traditions into its dogma (intentionally or otherwise) and some cards may seem to illustrate these beliefs.

Anyone familiar with the Rider-Waite or Marseille Tarot will recognize the symbolism easily, although there are a few exceptions and some subtle changes. Instead of a disembodied hand holding the symbol for the Aces, a full-fledged representation of the Goddess is clearly illustrated. Ms. Walker maintains that the Major Arcana are symbols of initiation into the mysteries of the pre-Christian religions, where the Triple Goddess reigned supreme and reincarnation was accepted. To that end, she removes the more obvious interpretations based on patriarchal bias and restores the original matrifocal intent. The most obvious departure from other decks is the depiction of the court cards. They are Kings, Queens, Princes and Princesses, and they are each given the specific name and image of a God or Goddess that represent the characteristics of that card. The King and Queen and the Prince and Princess are paired according to specific mythologies. For example, the King and Queen of Swords are Indias Yama [godlike authority, powerful judge, discipline and order] and Kali [fatal decisions, swift action, deprivation or widowhood], the Prince and Princess of Cups are Britains Galahad [gallantry, courtesy, capacity for self-sacrifice] and Elaine [mystical insight, hidden knowledge, poetic inspiration]. This is a great help to me in interpreting the court cards, which can be very similar in their traditional representations.

The Barbara Walker Tarot belongs to another era and this is probably why it fascinates me and goes unmentioned by others. It is the kind of deck that I like to read with using one card draws; shuffle and think of one aspect of an issue, cut and read the uppermost card. Then ask another question, shuffle, cut, read. I enjoy having conversations like this with a deck.  There are no ambivalent cards in this deck; all the Minor Arcana seem either forceful or diminishing in influence and are quite easy to read as a result (for me anyway) despite the unfamiliar mythological archetypes. The world is full of decks that want to make us feel good about ourselves decks that want to delude us, distract us with their prettiness, give us the answers we secretly think we want. Not this one. The Barbara Walker Tarot is uncompromising in its strangeness. Asking it for answers can feel at first like tapping the hardened, barren, cruel earth for answers. There is something heartless and savage about it on first impressions, but looking at it now makes me reflect on the path tarot has taken over the last 25 years; it has lost some of its weirdness and now tries to manufacture it again with the trend for dark decks, though we need look no further than the Barbara Walker Tarot; they don’t come much darker than this.