Arthur Edward Waite, who commissioned and guided the creation of the Rider-Waite® Tarot, was justly proud of the deck that he and artist Pamela Colman Smith® created together and which was published by William Rider in 1910. He described the art in his book The Pictorial Key to the Tarot. "The Tarot cards ... have been drawn and colored by Miss Pamela Colman Smith, and will, I think, be regarded as very striking and beautiful, in their design alike and execution." 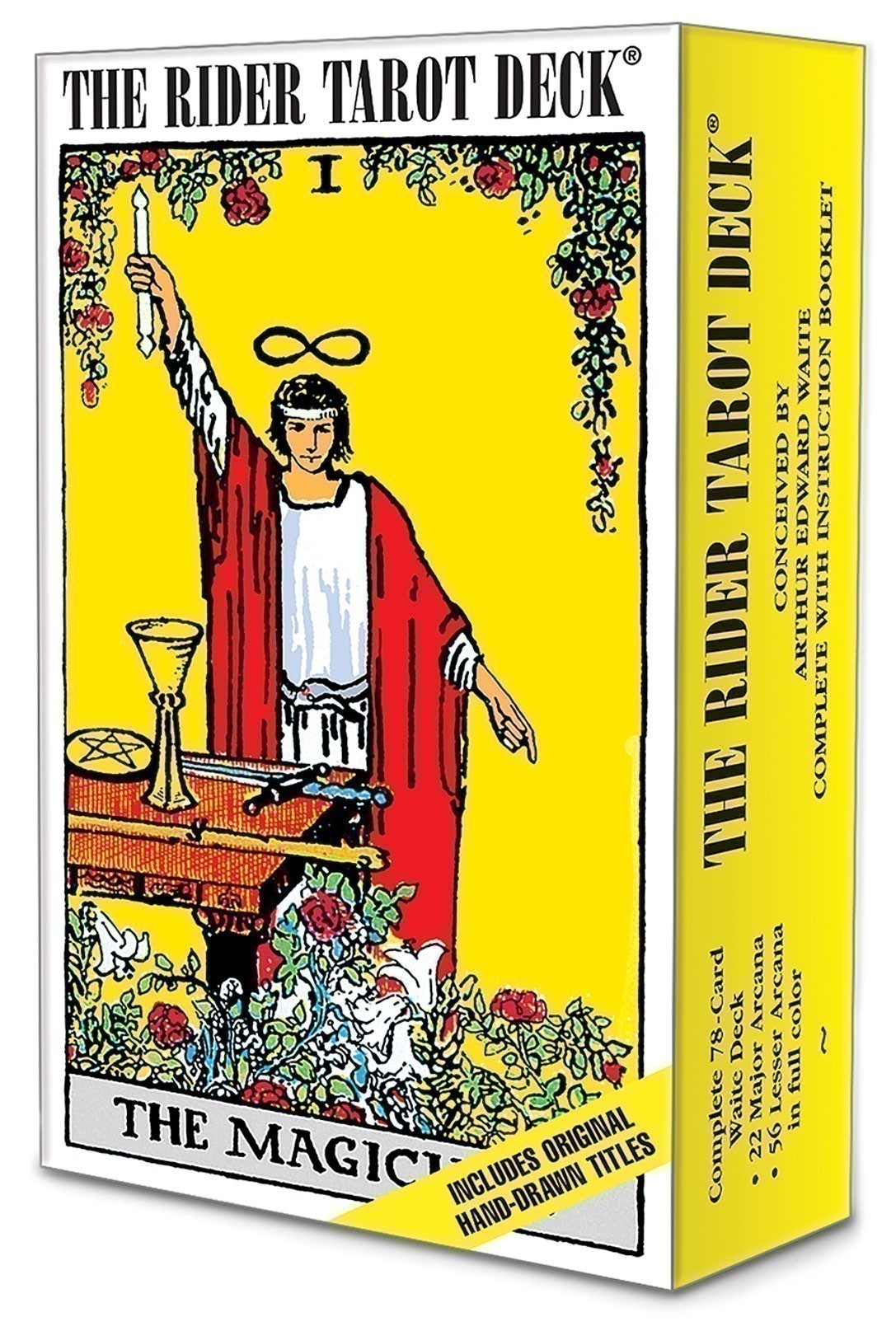 Pamela Colman Smith® was born in England February 16, 1878, but spent much of her childhood and youth in Jamaica and New York, as well as London. She trained at the Pratt Institute, New York, and supported herself as an artist during her entire life. Her inks and watercolors found outlet in theater set and costume design as well as in illustrations for books, pamphlets, and literary periodicals, and, of course, the tarot deck that came to be known as the Rider-Waite® deck.

Smith's contemporaries described her as a colorful, even eccentric character, and they admired her creativity and originality. She had many friends and famous patrons, including the actress Ellen Terry, the poet William Butler Yeats, and the photographer Alfred Stieglitz. Her talent was unquestioned, and her artistic output was abundant. She also performed professionally telling folk stories of Jamaica. Yet despite her hard work and ingenuity, she had trouble supporting herself. She died September 18, 1951, in obscurity and heavily in debt. Were it not for the tarot deck that she and Waite created together, her work might be completely forgotten. 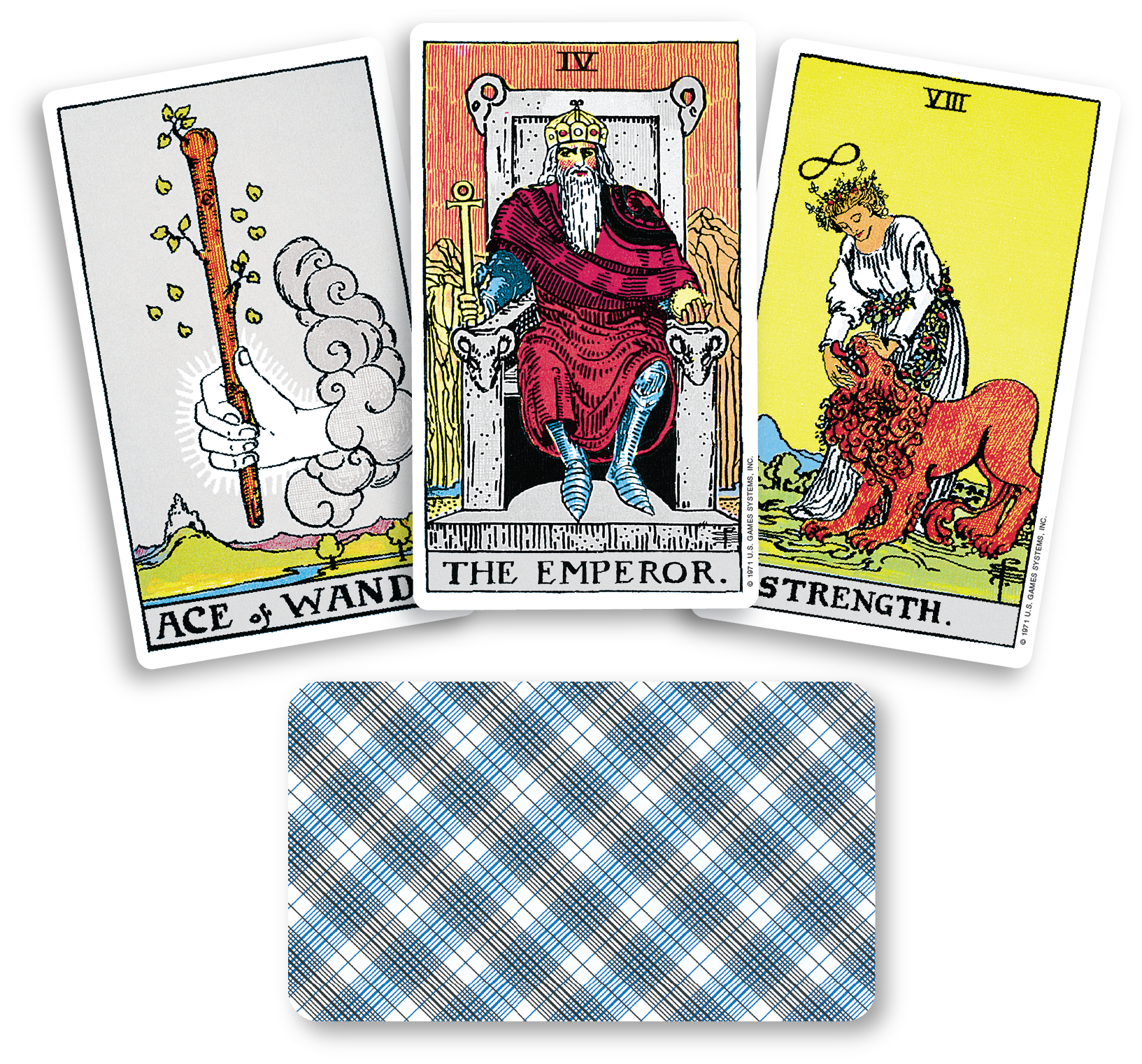 Waite's choice of Smith as an artist for a tarot deck was more than fortuitous. Throughout her life, Pamela Colman Smith had been fascinated by magic and the supernatural. The Celtic Revival that took place in the early twentieth century imbued her. She was a sensitive (“abnormally psychic,” as Waite said), and many of her works portrayed people of Celtic myth—whom she said she actually saw, as well as visions that came to her when listening to music. Smith joined the Order of the Golden Dawn around 1902, seven years before she and Waite embarked on the tarot deck.

Smith rejected all forms of pretension, which might be what led some people, including Waite himself, to view her as primitive or naïve. However, her letters and work, and published interviews, prove that she was an articulate woman with a sophisticated knowledge of artistic composition and techniques, and a deep understanding of occult and literary symbolism.

Waite pointed out that until the Rider-Waite® deck was produced, few decks used illustrations on the numbered (pip) cards of the Minor Arcana and "such devices were sporadic inventions of particular artists and were either conventional designs of the typical or allegorical kind, distinct from what is understood by symbolism, or they were illustrations—shall we say?—of manners, customs and periods. They were, in a word, adornments, and as such they did nothing to raise the significance of the Lesser Arcana to the plane of the Trumps Major."

Even the few decks with illustrated pips (for example, the Sola-Busca Tarot) were not commonly available, but existed only in the collections of museums.